Torque cam will be an important component in the amount of force allocation of the continuously variable transmission.

This torque cam there is a groove, A continuously variable transmission in such re-acceleration or uphill there is a role, such as or is in the low-speed gear.

On the characters,becomes very complicated structure, Torque cam I think that is easy to understand better to think of a component to adjust the force to pull the V-belt.

In addition, the role and confuse parts of the clutch center spring.

Since the groove of the torque cam is a part there is a decisive influence on the ride comfort of the scooter, A real torque cam custom (A ditch is cutting metal by itself.) is for experts.

Let’s take a closer look to the example a commercially available product that can be a beginner in my blog.

A part on the driven side is disassembly.

It was written with driven by Secondary Fixed sheave was damaged

Let’s have a look in more detail this time. 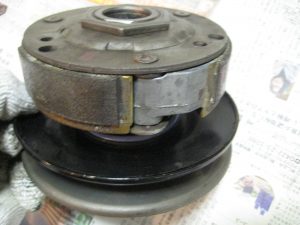 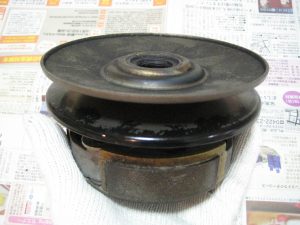 This is the driven unit has been removed from the body.

This is to the driven unit has built-in torque cam of the type that can be used both Straight groove and bent groove. 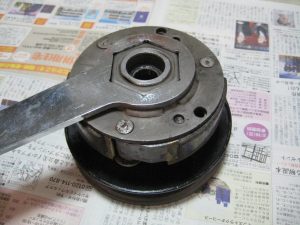 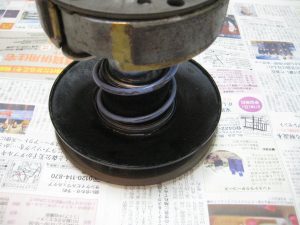 Blue center spring is that of 7% UP type,The clutch is what I was a little custom the normal. 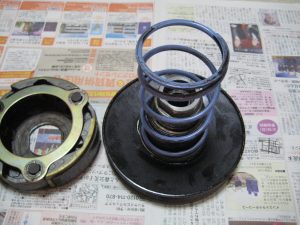 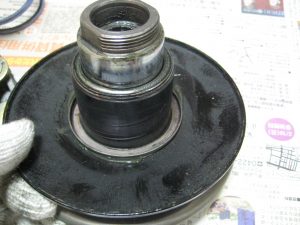 The clutch, pull the slider When remove the center spring. 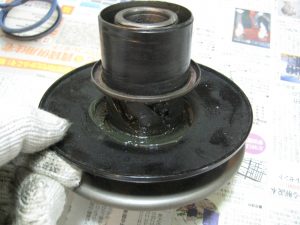 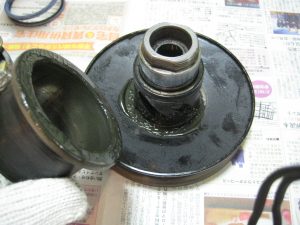 This has made it possible to access to the torque cam groove.

Let’s take a look at the shape of the groove

My commercially available custom torque cam to own will be a little extreme type.

This bent groove is focused on re-acceleration to a medium-speed low-speed, The high-speed range is not very good at type.

However, probably the type that is suitable for commuters. 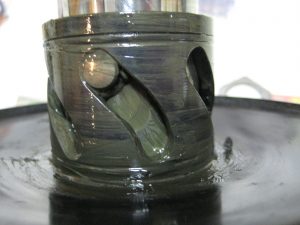 Such as custom torque cam, are recommended for Scooter along a main road.

It would be good for the rider seeking re acceleration force pulling other vehicles at medium speeds.

This is generally called straight grooves. 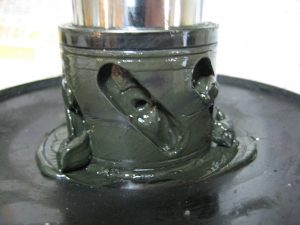 The straight line ditch is excellent in the kick-down effect, Accelerator responsive to direct.

However, the other side setting is very hard.

Or so, rather late, high speed determines the number near the maximum rotation speed is wrong, especially normal engine.

This is the idea that I’m original, so I think when the reference degree would read.

I think it’s an ideal to decide a ditch of a torque cam according to the pulley.

For example, setting of pulleys and weights roller with straight grooves torque cam in the case of vehicles with a gradual acceleration (The power of the engine rises by boa up if possible)

But increase the engine power using the straight Groove for pulley to change to moderate acceleration type, and heavier weight roller acts….

Maybe… Wrong direction rather than in the order of custom.

I apply grease to center spring

Is the article on torque is affected on the driven side Center spring parts.

I think the person who will check it about a ditch torque cam soon is also considering about twist Friction resistance in a clutch center spring. 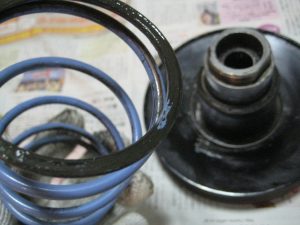 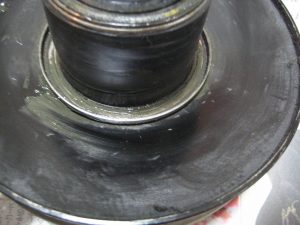 Grease into the Groove of the slider.

I think better custom parts b how to eliminate twisting more effectively.

Spring slider is the friction resistance reduction parts due to ball bearings.

So I’m infering that there are a lot of people who cutting metal a normal torque cam by themselves. and The Internet, there are processing the torque cam image a lot.

… That’s right, Created by DIY is the amazing torque cam.

However in some cases worse effect is the torque according to the vehicle and remounted on other vehicles.

Well… Someone amazing tuning in the past, Made my scooter vehicle torque cam.

I don’t have the torque cam now, even if I have that, I can’t show it to you.

The wonderful torque cam is a normal Remodeling,it’s torque cam has really become a good part of the straight Groove and groove bent.

Circumstances that I can not write for more information, I think that you know if race officials.

An exchange of a pulley and a weight roller is the custom which is Famous in the drive system custom, I think there a...

People to the tune-up of the drive system is frequently done the exchange of weight roller, Such person will know that w...

By changing the clutch meet timing, start accelerating UP

Increase the acceleration force in the long pulley boss

Acceleration of the start becomes high output by expanding the operation reach of the pulley. For that purpose, let's...

Exchange of Pulley and Weight roller for beginner

Replace the Pulley and Weight roller in order to strengthen the acceleration This will require Pulley lock wrench to ...

By the mounting of Long pulley boss ,When V-belt rubs with scooter drive system case, let's Scrape off scooter drive sys...
スポンサーリンク
To return the resin decoration that deteriorated white….
When a rocker arm was broken