An injection lamp and a tachometer are standard in a measuring instrument of a recent motor scooter, there is a lot of something equipped, Commonly used with many features.

When saying a measuring instrument besides that, there are hydraulic pressure, oil sound, water temperature, voltage and airflow.

As far as it isn’t a tuning up vehicle in case of a motor scooter, these measuring instruments aren’t the one the importance is so much.

“activist’s digital monitor” who uses it from Cygnus X is being loaded on my BW’S.

It’s the sensor loaded on a drain bolt for oil sound measurement that attention is necessary for handling in this digital monitor.

The oil temperature, the oil pressure, the number of rotations and the voltage are the excellent measuring instrument indicated compactly on one screen.

The image on the active digital monitor, This uses it for more than 5 years and it’s a little old type, but I’m satisfied with the function, so is enough.

The cord which I’m picking with a finger will be a cord of an oil sound sensor,

The inside will be the oil temperature sensor bolt loaded on the engine oil drain bolt. 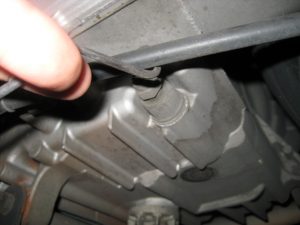 When loading such oil temperature sensor, it’ll be an exclusive part of the diameter added to a vehicle,

The way such as loading a sensor bolt on the engine oil drain bolt is general.

By twice’s damaged experience,  I found that the sound sensor bolt oil sensor is installed inside the bolt so the thickness is less.

This is a damaged oil temperature sensor bolt. 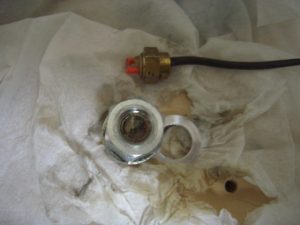 When it’ll be such situation, there are no ways to repair it, so I’ll buy a new part.

It is an item to check at the time of engine is something wrong. It's trouble in a normal moped basically. This is...

If the inside diameter of the intake manifold is expanded, an air intake of a cylinder head will also process expansion....

The Spark plug is the expendable supply which you must change even if I do not do a motorcycle custom. The performanc...

This modify is Branching the engine oil to rise from the oil pump to the cylinder head and It will be modified to flo...

When the engine is custom, and frequently replace the cylinder and piston. Base gasket is the consumables that are re...

The final point of the scooter engine custom will crank,This is the most difficult places in the engine custom. Crank...
スポンサーリンク
Cygnus X, BW’s, engine oil changes, precautions