When removing a throttle body of BW’s125FI(SE4510), there is POINT which should pay attention.

here is also a careful point by hose removal from a fuel tank, Even removing the throttle body connector handling should be done carefully.

When I removed a throttle body of first BW’s125, I failed and destroyed a connector, Please come to reference.

hose removal from a fuel tank is here
https://cvtmotorcycle.com/en/fuel-hose-of-the-injection-vehicle/

Carefully pull out the connector

There are more a lot of connectors of the structure difficult to pull out, so I’ll suggest that it isn’t removed forcibly.

Then let’s confirm the position of the throttle body with an overall image. 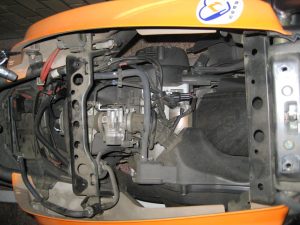 Throttle body shape is similar to a carburetor.

But the structures are very different, Fuel is jetted by electronic control, so a connector is connected to the throttle body.

The connector for which this is difficult

It’ll be the whole picture and an expansion picture of the connector to which we should pay attention.

This is a small part, When a connector is pull out forcibly in this state, a damage possibility is high. 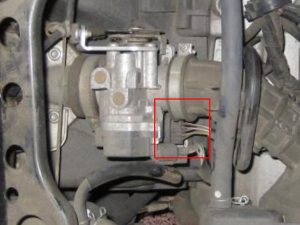 After removing the rubber hose which connects from air cleaner BOX,  it’s better to initiate a connector.

The throttle body has a connector and a pin.

Connector destruction and the pin which is the body when it’s torn, throttle body is a damaged possibility.

So…  I did pull out a connector forcibly, A connector on the throttle body side was destroyed, and a pin was in the bare state.

Pins bent further, The careful restoration of the PIN, It was settled by the system which into put a pin in a destroyed connector directly.

A throttle body isn’t frequently removed, so it’s no problem,  When this connector point comes off in moving, an engine stall is done.

When custom BW’s125 did an engine stall, A throttle body connector is the part which should be checked.

An air filter of the normal motor scooter will consider the durability, and is a thick steady filter. When this filte...

In BW'S125, a fuel tank exists right above upper body throttle body,Therefore when  working Remodeling, I have to remove...

I installed an automotive boost meter in the motorcycle This remodeling is made easy even for beginners, I think that t...

The effect of the inner diameter expansion Intake manifold

Change a carburetor and a throttle body for a large diameter and may aim at the power-up. But an effect is insufficie...

Normal Carburetor is 24Φ, but I tried to replace the 32Φ In order to equip with 32Φ Carburetor for which height is ne...

When a custom is doing a scooter and a motorcycle, attachment of a turbo and a supercharger would be imagined sometime. ...
スポンサーリンク
When a rocker arm was broken
The way to remodel an air filter and make the response good