If you are doing the engine modifications, there is work to cutting the drill,It is frequently fail due to the cutting the metal too much to occur.

There is also other crack occurrence by hard use, so remember aluminum repairing methods.

In the case of me, to repair failure by the crankcase processing; using Aluminum putty is repaired,It is all right in devcon.

At first it is the image of the processing failure point… 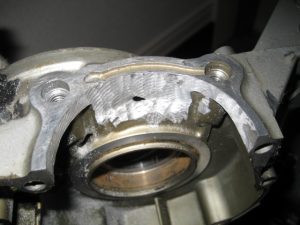 This will be the image that had a hole too cutting the metal.

This part is the part where it’s covered with a cylinder, so it seems even if it has a hole, no problem.

But there is a possibility that an oil leaks causes, so it’s repaired. 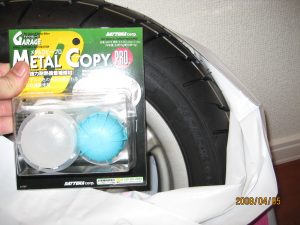 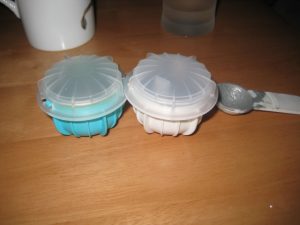 If a place to rub Aluminum putty point with is smooth, the adhesion comes off badly.

When being smooth,doing damage much. 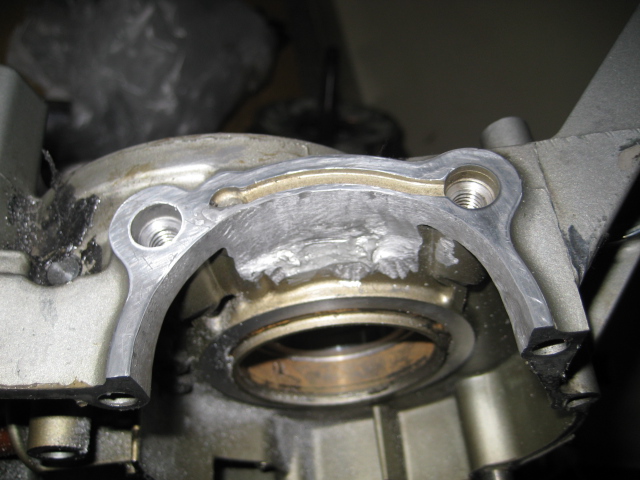 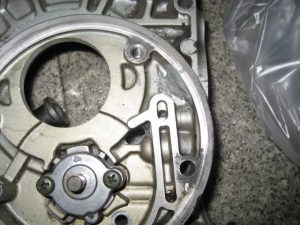 Plug coating generously to this about rough surface. 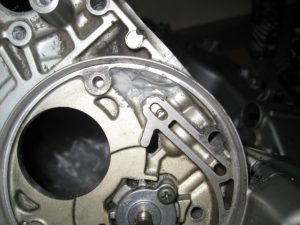 Repair will be re-formed with an electric drill and Leutor Once you have completed,When gluing is weak, it’s come off at re-formation.

In such a case,let’s put damage big and put many.

It can support a intense custom. 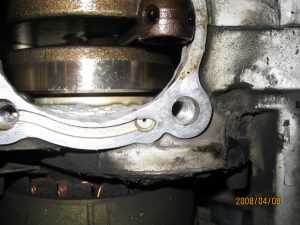 The person who wants to remodel the engine intensely thinks that this image becomes Maine.

Aluminum putty has been incorporated so that half of exit dish of oil may be buried.

Is an intense custom person OK with this? It is all right, if not even plugged oil hole.

But it is necessary to complete it carefully in consideration of a high temperature, an engine oil passage point at a small place.

This place should not be a compromise to the absolute.

How to put it damage isn’t also suitable and it’s put on the height and width direction small,Furthermore trick is deliberately cut one place large.

Reason to cut only one place large,

This is because it finishes it by minimum damage by the point flowing when an object comes off, and stopping it.

You’d be able to imagine, the result by which the object which came off goes around in the engine oil.

It is an item to check at the time of engine is something wrong. It's trouble in a normal moped basically. This is...

When a custom clutch... Clutch sometimes overheats. I processed a cover of Transmission and let pass the air duct ...

Solution when the screw does not come off

I wrote about the use of the screw extractor in How to deal with when the cylinder stud bolt is broken,I will write abou...

Even if it's exchanged, an engine hanger is the part which doesn't know the effect well. I thought topic to talk abou...
スポンサーリンク
brake pad exchange for beginners
What happens if the Spark plug 5 years 27000 km is allowed to stand?