If the inside diameter of the intake manifold is expanded, an air intake of a cylinder head will also process expansion.

It’s cutting the according to the inside diameter of the intake manifold.

It is necessary to take off a cylinder head to finish it carefully.

While covering the inside of an air intake with a waste and cotton,

Drill excavation is also fine while inhaling by a cleaner. 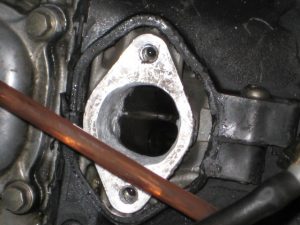 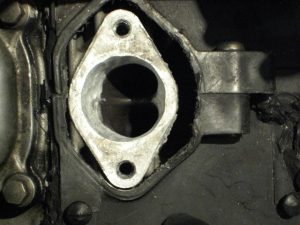 Roughly drilling in the state from which the above picture doesn’t remove a cylinder head.

Because I wanted to know the optimum inner diameter, it was processed without removing the cylinder head in order to repeat the test drive to expand a little.

Inner diameter Remove the cylinder head after the decision, it was clean finish.

The effect of the inner diameter expansion Intake manifold is here

The effect of the inner diameter expansion Intake manifold
Change a carburetor and a throttle body for a large diameter and may aim at the power-up. But an effect is insufficie... 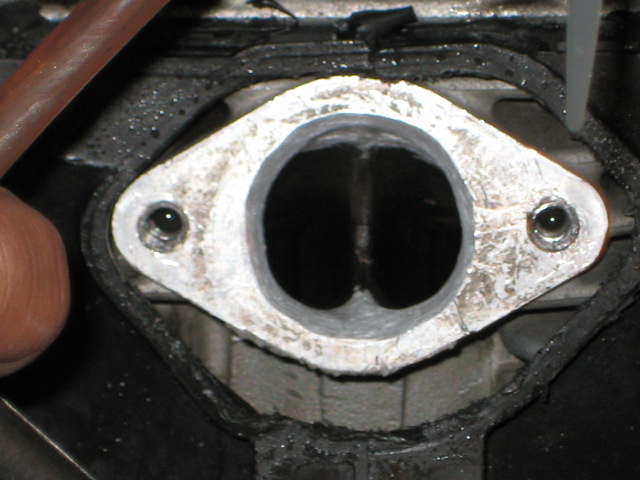 It’ll be the limit to here for work in the state from which a cylinder head isn’t removed.

Remove the shavings from removing the After the processing is finished cloth,

It’s blown beautifully by air blow dry and it’s washed by kerosene and a cleaner of parts, etc..

When a rocker arm was broken

When a custom of a cylinder head and a cylinder piston are exchanged, It is a piston to want to polish. Maybe, There ...

What happens if the Spark plug 5 years 27000 km is allowed to stand?

I never exchanged spark plug ignition for 5 years after BW'S125 was bought. Cylinder head adjustment in the meantime ...

I installed an automotive boost meter in the motorcycle This remodeling is made easy even for beginners, I think that t...

It is an item to check at the time of engine is something wrong. It's trouble in a normal moped basically. This is...
スポンサーリンク
Make an Air filter, such as a silencer on your own
How to make a short screen with an acrylic plate