A battery will weaken in a winter.

Vehicle equipped with a grip heater, it is important to charge the battery. 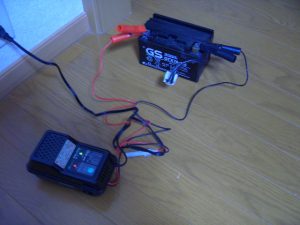 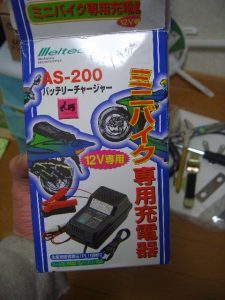 Charge of the outdoors is dangerous in the sense for a variety of reasons. Battery Let charging indoors.

Mounting of the grip heater is here
https://cvtmotorcycle.com/en/grip-heater/

Start from the negative, ending in negative

If you want to charge the battery This is the basic. 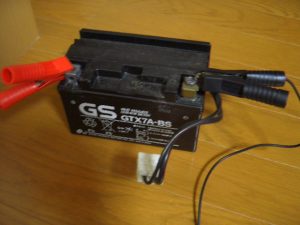 Charge by how much period?

I do not have decided the period.

If the custom and repair, there is a need for more than one hour,And the incidentally battery charge in that case.

For this reason, there is also a period of time that does not charge, and I do not think the full charge.

at least , Motorcycle is charged during operation running.

However, in the case of a vehicle in which the head light is ON all the time,I think, regular charging by the charger.

Power Charger effect in the idling state would be better not to think too much.

Maybe, not be covered all of the vehicle in the amount of power generation in the idling state.

Engine start-up by a battery-less

When the battery mounted is the normal voltage of 14 ~ 15V. It is about 9V is a battery-less kick starting engine. 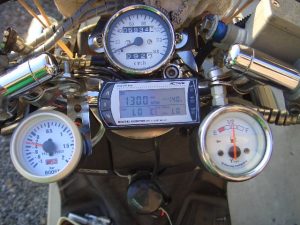 Power supply priority when trial run line in this state is a spark plug,Headlights weakly emission. Impossible to use the direction indicator, It can not also be sound the horn.

By the way, even if all electrical equipment ON, the engine did not stop.

Battery-less scooter is considered for the race.

When a beginner does LED Modified of moped,It becomes the place of the positive power supply to be troubled. The easi...

It is an item to check at the time of Electrical system is something wrong. It’s trouble in a normal moped basically...

There are a variety of theOil catch tankin the world, I make aOil catch tank and enjoy myself, a stupid thing is don...

How to create a LED on your own

LED for cars is marketed,But I'm poor, so I makes by oneself. Prepare the first necessary things "Soldering iron" and...

Protection against the cold in the Grip heater

Young is strong in the cold, but the middle-aged winter Motorcycles is tough. I tried a lot of cold protection measur...
スポンサーリンク
How to create a LED on your own
YAMAHA CYGNUS-X